Poslovna Inteligencija, the leading company in the field of analytical systems implementation and strategic ICT consulting has been using TalentLyft ever since they formed their HR department. Read their story!

“It was right about when I first joined the company that one of our board members approached me and recommended we switch to TalentLyft. Since both of us were already familiar with the tool, the implementation went fast and efficiently. That was four years ago and since then the tool definitely made our lives easier when it comes to recruiting new talent. All of a sudden, the work that used to take up to a few hours, trying to navigate through the sea of spreadsheets and e-mails to figure out all candidate information, was done within just a few minutes.”

This is how Nataša, Head of HR Department at Poslovna Inteligencija explains the process of switching to TalentLyft.

For everyone unfamiliar with the work of Poslovna Inteligencija, it is a leading company in the field of analytical systems implementation and strategic ICT consulting in South Eastern Europe. They specialize in the implementation of intelligent information systems for decision support and provide implementation services for various shapes and forms of data analysis. Their fast growing team first formed an HR department in 2017. and very fast it became obvious that they wanted to make their hiring processes as efficient as possible. For that reason we recently set down with their HR department to understand how hiring processes changed for them after implementing TalentLyft.

In the beginning of our conversation, Nataša mentioned that the main differences that happened soon after implementing the tool were: the centralization of all candidate data, all candidate history available in one place and a more timely and efficient communication with team members and candidates. What makes the tool great?

During the conversation, we asked Nataša what are the most useful elements of the tool that make her faster and more productive at handling her everyday tasks. Her initial response of ‘where do I begin’, ended up with the following list:

1. A unique candidate database with all candidate information stored in one place

“ Having one database instead of using multiple spreadsheets and searching through past email correspondence with some candidates was really a game changer for us. Finding candidates that previously applied for a position at the company used to be a difficult and almost painful task.”

2. The ability to create separate Roles

“I think it’s great that we can assign the Head of each department to a specific role, meaning that they can then have an insight into all candidates that applied for a role at their apartment.”

3. For an internal communication between recruiters and hiring managers

“My colleagues and I use tags and other methods to keep notes and keep everyone up to date regarding the progress of each candidate. Thanks to that, we can make sure that there is no misunderstandings which makes us way more efficient.”

“ Depending on the position that we are hiring for, it is really easy for me to select an adequate test for each candidate. The process became simple and easy and saved a lot of our time.”

As mentioned in the previous paragraph, the company is performing a lot of psychological tests when hiring new employees. This process can be time consuming and quite draining for both the hiring managers and candidates when performed in a traditional way. What most of the candidates and recruiters are used to is firstly coordinating the time and place of where the tests would be taken. Afterwards the candidate needs to devote at least a few hours on filling the test which is followed by the long examination and evaluation which takes both the recruiters and candidates time. In TalentLyft, tests are done online whenever the candidate has some time to fill in while being recorded to make sure that there is no cheating involved in the process. 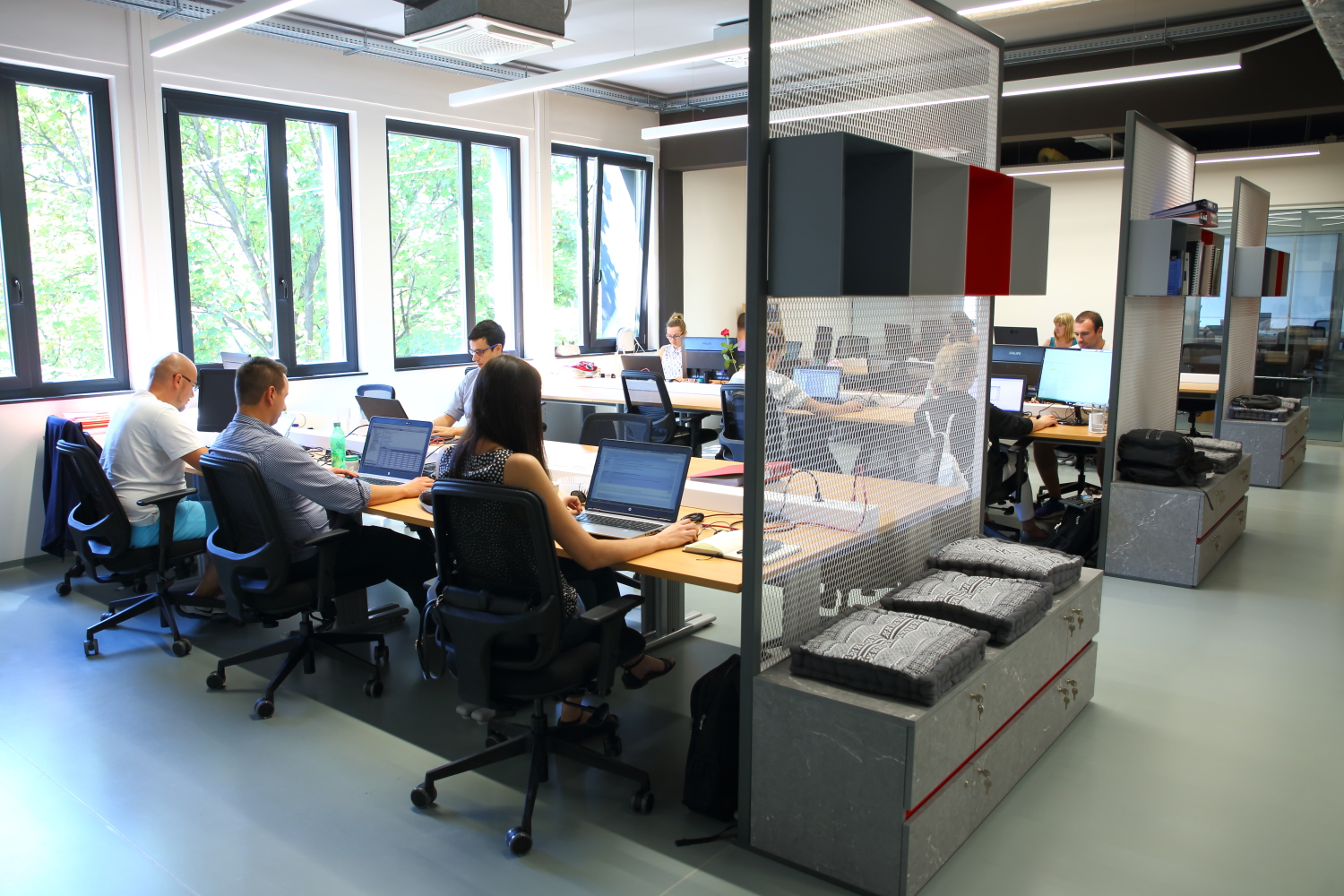 “ At Poslovna Inteligencija we are really leveraging the integrated psychological tests that the tool offers.The way in which you can use tests and the analysis opportunities is so simple that you almost don’t have to be a psychologist to examine them. Since I am a psychologist by education, I used to spend a lot of time trying to find the right time, implementing the test and ultimately writing the report. This process is now done with only a few clicks which saves a lot of my time and keeps the quality levels as high as they would be if we were performing the tests in person. “

What About Candidate Experience?

Despite the tool being useful to the recruiters and HR managers, it is also important that by using the tool you can improve your candidate experience as much as possible. Making sure that your candidates are getting a personalized experience and the recruitment process goes as smoothly as possible will make you into a more desirable employer long term.

Since more and more candidates are obligated to take part in a psychological testing prior to getting hired at a position, it is valuable to adapt the process to their needs. In our conversation Nataša pointed out the following:

“ Since we started using TalentLyft, our candidates have definitely felt the difference in the entire process. They are experiencing better and faster communication from our end, which is something they value.”

She continued by pointing out the benefits of using integrated psychological tests from the candidates perspective:

“ Our candidates no longer have to spend a lot of time on attending the tests. It used to be the case that candidates would have to take a day off work in order to attend our tests and wait for the results. Now that they can do it all from home makes them appreciate the extra time and comfort that comes with it. “

When all summed up, Nataša says that so far, using the tool has been extremely beneficial for the company and that in future they plan on deepening their knowledge and usage of it. Employer branding and upgrading their Career Site is next on the list! Looks like we’ll just have to wait for our next conversation to see how Nataša and her team will be upgrading their hiring efforts together with TalentLyft!

Bagatin, the leading policlinic for general and plastic surgery saved over 50% of time on recruiting since they started using TalentLyft.