What is Competency-Based Pay?

Companies that use competency-based pay structures reward employees based on the skills, knowledge and experience they apply in the workplace rather than their job title or position. This approach is designed to motivate employees to become aspirational, build on their existing skills and apply these in their job. 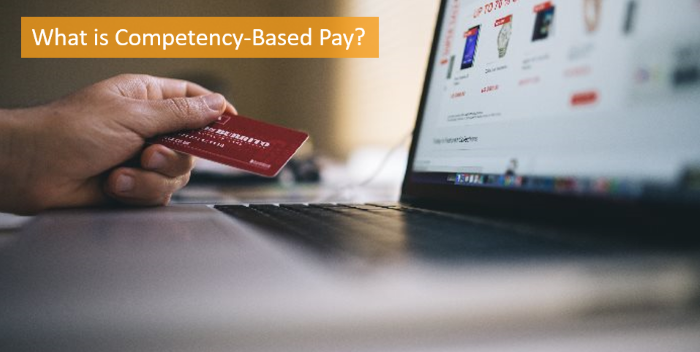 The term competency was brought into the public arena in the  USA in the early 1980s by Boyatzis (1982). Boyatzis defined competency as ‘an underlying characteristic of an individual which is causally-related to effective or superior performance’. This definition is quite distinct from the way the term competence came to be used in the new suite of vocational qualifications introduced by the UK Government in the later 1980s. These awards National Vocational Qualifications (NVQs) are based on nationally  determined occupational standards or competences and focus on the desired outcomes of work performance. So whilst one term (NVQ competence) was a label for the ability to perform the other (Boyatzis’s competency) described the behaviour needed to perform a role with competence.

Whenever an employee is compensated in accordance with her or his type and level of obtained skills that are applied in the workplace, it’s known as competency-based pay. This salary structure differs from paying employees based on their tenure or seniority levels, and is common in fields that require professionals who have specialized knowledge. Competency-based pay has the advantage of being simple to structure and utilizes readily accessible salary tables. One unique disadvantage of the salary structure is it can be difficult to alter during times of economic hardship. Competency-based pay might also be known as skills-based and knowledge-based pay.

Advantages of competency based pay

There are many pros of competency based pay. Some of its advantages are:

Disadvantages of competency based pay

On the contrary to the benefits, there are certain cons for competency based pay. Some disadvantages are:

Hence, this concludes the definition of Competency Based Pay along with its overview.