Increasing Diversity And Inclusion With AI: What Makes The Fairest Recruitment Process?

It’s no news that being human makes you biased. Even though we try our best to be as objective as possible, simply  by being human we are automatically subjective. Therefore, in a world in which we strive for making objective decisions based solely on facts and competencies, it is necessary for us to get some help.

Despite the growing need for recruiting diverse talent in order to decrease the injustice and differences in the world, the studies have shown that the companies that are recruiting diverse talent are also performing better financially. More specifically, companies in the top quartile for racial and ethnic diversity are 35% more likely to have financial returns above their respective national industry medians.

In the following paragraphs we will be discussing all aspects of AI that make this technology a great helping hand in increasing diversity and inclusion.

You're human therefore you are biased

As humans, we are all biased. Whether it's a conscious or unconscious type of bias, it is extremely hard to be entirely objective when hiring a new talent. Every step of the application process may trigger some sort of bias toward or against the candidate. Whether it is their gender, race, nationality, looks or the way in which they phrased some elements in their CV.

However, this doesn’t call for a deus ex machina type of solution with AI technology in the main role. It is the strong collaboration between humans and the technology to make the optimal decisions.

Make your unconsciousness conscious with a bias training

In order for recruiters (and anyone else in an organization) to minimize their biases it has become increasingly popular to implement unconscious bias training. Unconscious bias is already a well known term that is often defined as social stereotypes about certain groups of people that individuals form outside their own conscious awareness.

Here are some interesting insights into what previous research discovered about the unconscious bias:

It is these characteristics that make unconscious bias training at any organization essential to implement. Such training works in a way that people become aware of their implicit stand points and consciously work on reshaping their thoughts. Only by becoming aware of our mistakes can we actively start working on changing some behavioral patterns.

However, unconscious bias training won’t solve all of your issues. Leaders are forced to think harder about shaping their own organizational cultures, creating truly ethical, fair, and inclusive environments. They should be real-life examples of the prosocial and moral values they want to promote in their own organizations. And when the human factor still sneaks in, there comes highly skilled technology to the rescue.

Having AI driven ATS can help!

Implementing AI as a part a recruitment software introduces a level of objectivity that cannot be achieved by humans. Its ability to solely look into individuals competencies and based on them create an objective ranking system, makes this software so powerful. Therefore, using smart technology for selecting and sourcing purposes completely redefined the HR strategies and practices worldwide - making the entire process more productive and less expensive while giving companies a competitive advantage.

There are multiple ways in which companies can implement AI in order to have less biased hiring processes:

1. Sourcing with AI knows no appearances

When a software is used for sourcing purposes, instead of recruiters who would manually search for candidates, it is not only an amazing time saving opportunity, but it represents a bias free option. Instead of a person looking through a sea of profiles, faces, nations they come from and races they belong to, the software uses advanced Boolean search operators to find candidates with exact skills that are needed. This way the software leaves no space for interpretation on behalf of recruiters in the initial steps of recruitment processes. 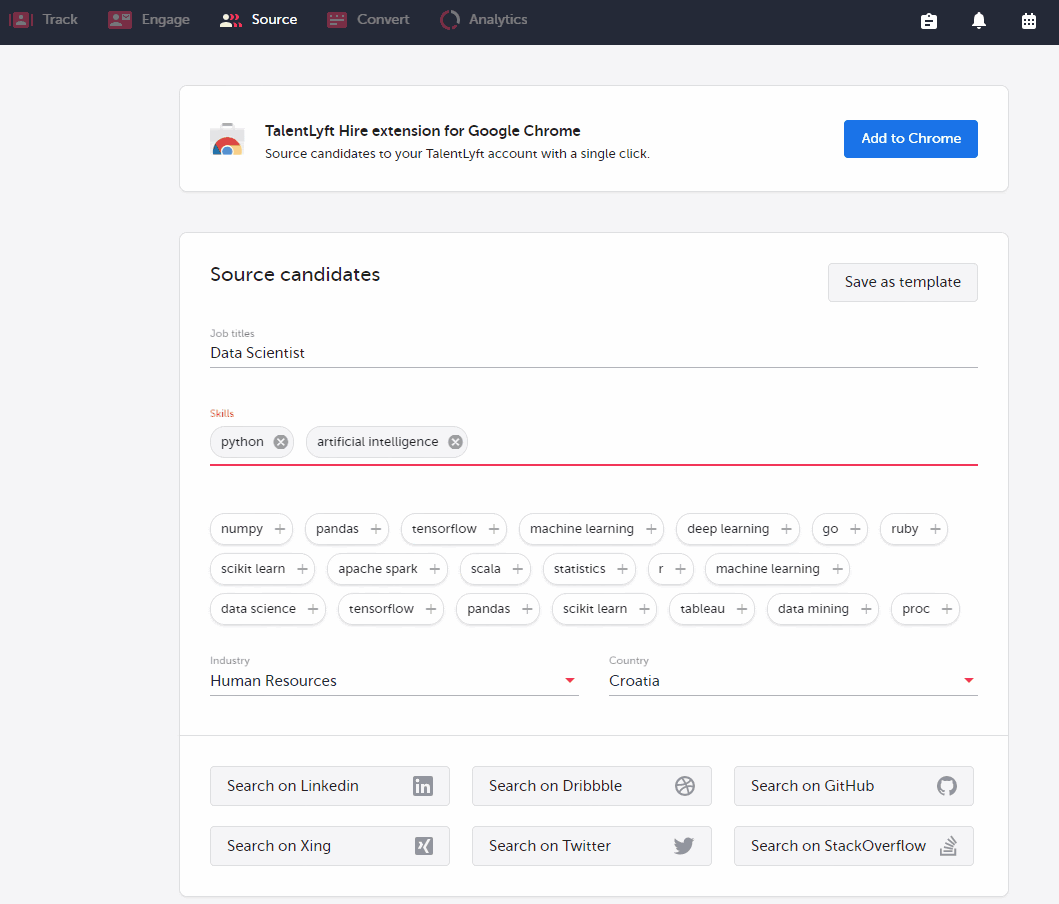 2. Matching with AI knows no preferences

As previously discussed in our last couple of blog posts, AI in recruitment often uses parsing technology which helps identifying relevant candidates and matching them with specific job descriptions. The way in which the software does it, is by analyzing the content of a CV and job description and looking into matching elements. Furthermore, when a CV is uploaded to an AI supported platform, it transforms its entire content into sentences that are stripped of any elements that might be biased. Pictures, age, race, gender or any other irrelevant elements to the position don’t make it into aquasion in the process of matching.

3. Ranking candidates with AI for an unbiased ranking

Finally, after the software sources and matches a group of candidates, it creates a ranking based on candidates characteristics. This means that for a recruiter the task of selecting candidates for the following steps starts by looking into an objective rank provided by technology. In this ranking, the candidate that appears first is the one that shows the highest level of compatibility with the job description based on their skills and the last candidate represents the worst level of compatibility with that specific job description.

Watch out for the misuse of AI!

As AI started to take part in a range of different sectors for the benefit of replacing human error, it has become vitally important to make sure that this powerful technology isn’t misused. Misuse in this sense refers to the fact that technology is still trained by humans and it is important to keep that in mind. While in some aspects its decisions are much more reliable than the ones made by humans, it is still important to check the software for biases.

Even though this article has a main premise that AI technology is far more objective than humans, this doesn’t have to be the case in reality. Due to the fact that the software is being trained by humans, the level of its objectivity lies in the quality of information that it has been fed. If the software uses biased data for making decisions, his decisions will also be biased (as previously discussed in the Amazon case).

So be cautious, because blindly trusting the software without regularly testing it and checking for any irregularities, might diminish the recruitment process and all the perks of using AI! 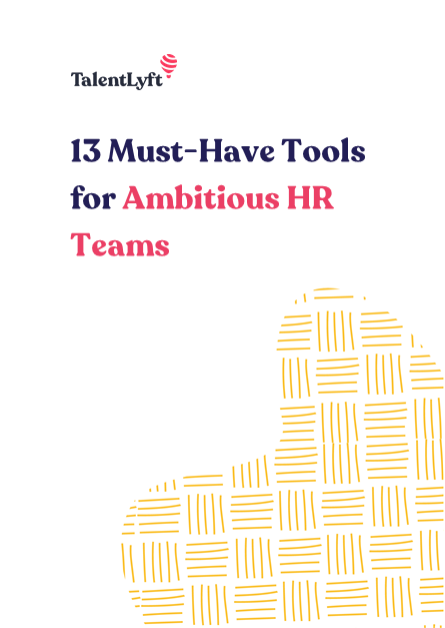 Download this list of 13 must-have HR tools, and help your HR team be much more effective and productive with their daily activities.
Get your eBook