Theresa Häfner, Head of Business Solutions at InterNations, shares findings from a recently released expat report and gives employers of global talent some insights into their needs abroad - as well as the needs of their partners.

The recently released Expat Insider 2018 Business  Edition Country Focus, a country-specific report based on the InterNations Expat Insider survey of 18,135 expats, identifies the needs that international hires and their partners have in terms of both practical and personal support.

With a war for talent going on, many employers have started looking abroad in search for top talent.

This research provides valuable insights on expats who moved abroad for work-related reasons and live in China, France, Germany, Hong  Kong, the Netherlands, Switzerland, the United Arab Emirates (UAE), the United Kingdom (UK), and the United States of America (USA).

Zooming in on relocation support

The nine types of relocation support that was covered in the survey are: 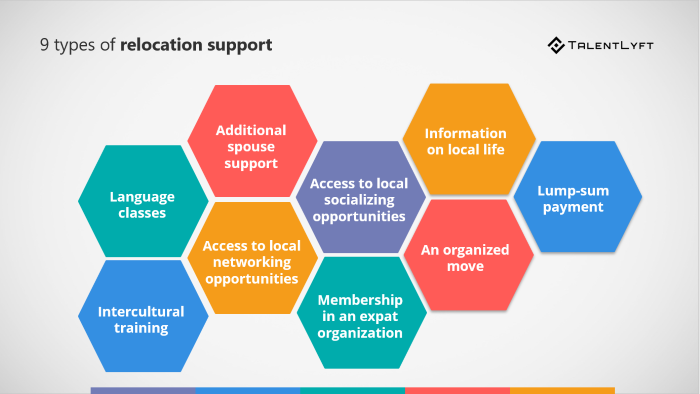 These were structured around discussions with and feedback from employers regarding the types of relocation support that companies offer.

From the survey results, it is clear that employers tend to offer international hires more practical types of support, such as moving assistance and a lump-sum payment for expenses incurred, than personal support, such as networking and socializing opportunities. 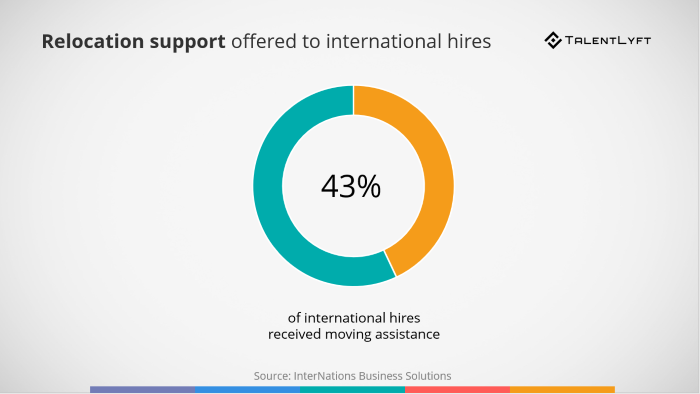 Employers in certain countries do however set certain benchmarks with the personal support that they offer. Employers in China  and the Netherlands, for example, stood out most positively in terms of offering their international hires the more personal types of support with the largest shares receiving them when comparing the nine featured countries. Even so, large percentages of international hires still indicated needs for these support types.

Even though employers in some countries are providing good support, the findings indicate that employers supporting global talent still have quite some room for improvement in offering balanced relocation support.

What about partner support?

Furthermore, in the UK, 83% of partners would have liked access to networking opportunities and 75% wanted access to socializing, while in the UAE, 76% wanted membership in an expat organization - all much higher than the global averages.

What international hires and  relocating spouses think of settling in abroad

Survey comments from international hires and relocating spouses shed some light on their personal opinions about life abroad.

“I dislike the language barrier and closed social  circles,  which  are impossible to get into”.

“I don’t like the very poor social life. It is very difficult to integrate with locals”.

“The cultural differences are very difficult to adjust to”.

Of the relocating spouses, A South African female living in the UAE said:

“Meeting and socializing with people my age is difficult”.

Another, a Polish female living in the USA, stated:

“I dislike my poor social life”.

Why employers should focus on the balance

Why is it important for employers to close the gaps in relocation support and focus on a holistic approach which  takes both the professional and personal aspects of these individuals into account? Because these types of support can ultimately help international hires with their social integration and to really feel at home abroad.

Most aspects of life are about having a sense of community and belonging - whether through a sport group, online chats, professional networking, receiving practical information, or connecting with other parents. International hires are no different - they need to rebuild their sense of community when abroad and a balanced approach of practical and personal support helps them to really do this.

This should be a core focus for all HR teams that are responsible for international talent acquisition and retention. If international hires don’t receive support with these aspects of life abroad there is a great risk of unhappy employees, low productivity levels and talent loss.

InterNations is the world’s largest expat network with more than 3.5 million members and 420 communities worldwide. Through the InterNations Corporate Membership, global employees and their families are empowered to quickly and easily integrate abroad. Theresa has nine years’ experience in the expat field. 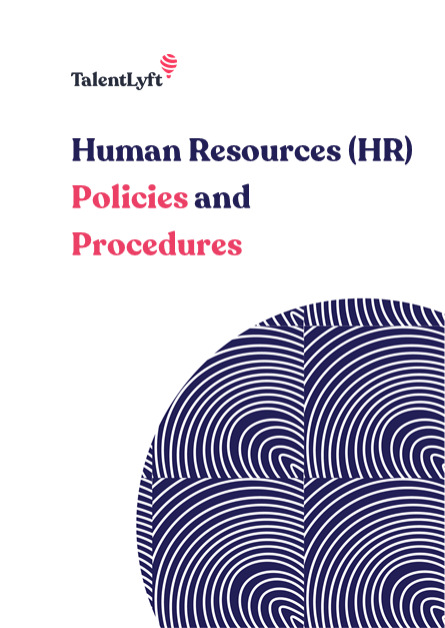 To help you save time, we have created most common Human Resources policies and procedures templates. Use them to stay compliant with employment, workplace health and safety and other legislation!
Get free templates